However, a forward contract takes place between two counterparties. This means that the exchange is not an intermediary to these transactions. Hence, there is an increase chance of counterparty credit risk. Also, before the internet age, finding an interested counterparty was a difficult proposition. Another point that needs to be noticed is that if these contracts have to be reversed before their expiration, the terms may not be favorable since each party has one and only option i.e. to deal with the other party. The details of the forward contracts are privileged information for both the parties involved and they do not have any compulsion to release this information in the public domain.

When we say future then it means we are locking the price of a contract in a future date.A futures contract is very similar to a forwards contract. The similarity lies in the fact that futures contracts also mandate the sale of commodity at a future data but at a price which is decided in the present.

When we say options then here buyer/holder has an option(choice) to excercise the agreement/contract. Its his choice. i.e. option is markedly different from the first two types. In the first two types both the parties were bound by the contract to discharge a certain duty (buy or sell) at a certain date. The options contract, on the other hand is asymmetrical. An options contract, binds one party whereas it lets the other party decide at a later date i.e. at the expiration of the option. So, one party has the obligation to buy or sell at a later date whereas the other party can make a choice. Obviously the party that makes a choice has to pay a premium for the privilege.

Swap name itself says swaping (exchaning) the cash flows.Swaps are probably the most complicated derivatives in the market. Swaps enable the participants to exchange their streams of cash flows. For instance, at a later date, one party may switch an uncertain cash flow for a certain one. The most common example is swapping a fixed interest rate for a floating one. Participants may decide to swap the interest rates or the underlying currency as well.

Swaps enable companies to avoid foreign exchange risks amongst other risks. Swap contracts are usually not traded on the exchange. These are private contracts which are negotiated between two parties. Usually investment bankers act as middlemen to these contracts. Hence, they too carry a large amount of exchange rate risks. 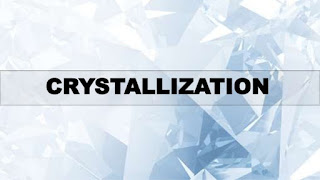